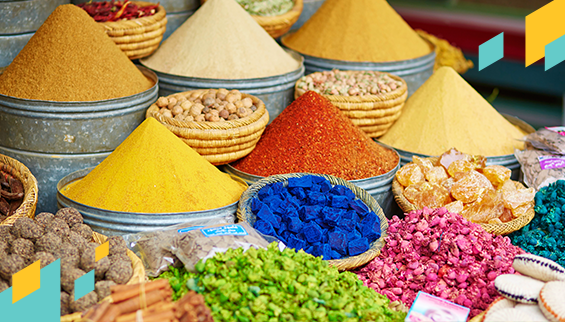 This is the fourth article in our seven-part diversification series which aims to give you an in-depth explanation on how you can diversify your investment portfolio on Mintos. So far the articles in this series have showcased how you can diversify across different loans types, maturities and geographies.

Due to globalisation many assets and stocks now move together, regardless if they are from different countries, economic regions or even continents. The global financial crisis of 2007 was a clear example. This event illustrated the importance of geographical diversification but it also highlighted that it is essential to take one step further and include different currencies in your investment portfolio as well.

Why is this you might ask? Although the 2007 crisis began in the United States, it touched almost every country in the world, hence making it a global financial crisis. This was primarily demonstrated in stock prices, which suffered heavily as a result. To offset this, many investment professionals suggest diversifying across different currencies is the answer to a truly diversified portfolio. This is because currencies are highly uncorrelated to stocks and other assets as their values tend to be more tied to inflation speculation than economic growth.

Investing in loans in different currencies

Currencies are unique to their region and fluctuate depending on economic and political factors. The euro (EUR) is often considered a less volatile currency and therefore “safe” as it is the second most traded currency in the world. This is compared to currencies from emerging markets, such as the Polish zloty (PLN) or Czech koruna (CZK) which can be considered riskier as they experience bigger gains and losses. It is understandable that investors chose currencies such as the EUR for their investments, as a more stable currency means less risk. However, it can also often mean less reward.

Take the PLN or the CZK as an example. At the beginning of 2017, PLN was the best performing emerging currency against the euro. CZK also had a very strong year and by the end of 2017, both currencies had gained about 5.5% against the EUR. In 2017, the CZK and PLN were the best performing currencies in the world. This means investors whose primary currency is EUR and only invested in EUR loans could have made an additional annual return of up to 11 percentage points (before currency exchange commissions) if they had invested in PLN and CZK loans on Mintos.

On Mintos, currently, you have the opportunity to invest in loans listed in 10 currencies: CZK, DKK, EUR, GEL, GBP, KZT, PLN, RON, RUB and SEK. To have a well-diversified portfolio, you could include a variety of currencies, depending on your investment preferences and risk tolerance.

How can you invest in loans in different currencies on Mintos?

If you invest manually on Mintos you can select the currencies of loans you would like to invest in under the “Currency” filter on the left-hand side of the Primary Market and Secondary Market. In order to be able to invest in different currencies on Mintos, you will need to have funds in your investor account in the currency of the loan you wish to invest in. On Mintos, you can conveniently exchange currencies in an instant using our currency conversion feature and avoid unfavourable exchange rates and steep bank fees. If you use Auto Invest, you can create multiple portfolios all with loans in different currencies. It is important to note that you can only select one currency per each Auto Invest portfolio. You can choose the currency for your portfolio at the top of the page in the drop-down menu under “Currency”. On Mintos, you have the unique opportunity to invest in loans in 10 different currencies in a single marketplace – with more to be added soon. Don’t miss out on this opportunity to get the most from the Mintos marketplace!

There is still even more ways to diversify your investments on Mintos, so stay tuned for the next article from this series which will be available next week.

We continue working to become an Investment Firm and implementing... END_OF_DOCUMENT_TOKEN_TO_BE_REPLACED

9 September 2020 Since the launch of the new strategies... END_OF_DOCUMENT_TOKEN_TO_BE_REPLACED

Before a Loan Originator can offer loans on Mintos, we... END_OF_DOCUMENT_TOKEN_TO_BE_REPLACED