Guest blog: Why 2020 could be a Great and Wonderful Year for P2P Lending in Europe 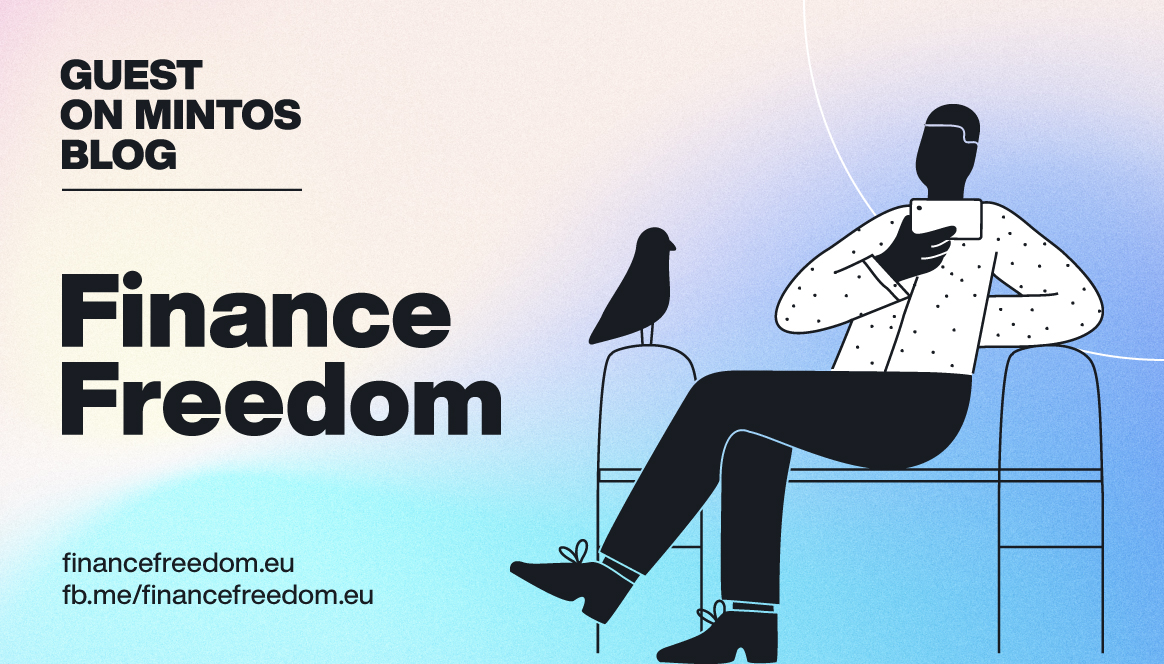 When Morgan Stanley projected that the global Peer to Peer (P2P) lending industry would grow at a 51% CAGR (Compound Annual Growth Rate) and reach an incredible $290 billion by 2020, not many could believe the financial institution. Many critics saw this estimate as a long pipe dream, especially in an industry that’s so misunderstood.

But as with many industries that are closely affiliated with the technology and finance, the evolving nature of P2P lending industry has been nothing short of magnificent. In addition to experiencing tremendous growth in the last few years, P2P lending startups have attracted a huge amount of attention from venture capitalists. And if these are anything to go by, it’s easy to see why 2020 could be a great and wonderful year for P2P lending, especially in Europe.

P2P lending platforms are one of the fastest-growing sectors in the financial industry. In a period of 4 years spanning from 2014 to 2019, the P2P lending business had an annual CAGR of more than 48.2% and was capped at $273 billion at the end of 2018. This is a truly tremendous growth if you take into consideration the fact that the P2P lending market was valued at $3.5 billion in 2013.

A Brief History of P2P Lending in Europe

One of the first popular P2P lending programs to ever exist was the Irish Loan Fund. It catered for individuals from low-income families in developing countries in Europe. As a result, P2P lending became widely accepted in many parts of Europe in the 19th century and was only displaced by banks in the 20th century.

After many years of inactivity, the first modern-day P2P lending platform began operating in 2005. Catering for clients in the United Kingdom, the platform was an online lending platform that operated similar to a micro-finance bank. The P2P lending industry became fully operational as a result of the sequential 2008 economic recession, which was highlighted by the collapse of Lehman Brothers and many other banks.

During the economic downturns, banks refused to loan money to individuals. The banks didn’t foresee that this would be the beginning of a real competitor: the modern-day P2P lending platforms. With the internet now a thing, P2P websites removed the banks from the equation and could connect or link people with money with individuals or businesses in need of funding.

This was a better way for lenders to secure a better return on their money than they would ever get by putting the money in the traditional brick-and-mortar savings accounts. Similarly, this arrangement gave borrowers the chance to increase interest on loans, as well as the chance to eradicate the tiring paper-filling processes of applying for these loans.

Over the past ten years since P2P lending emerged as a viable alternative to banks, the industry has grown from a marginal activity to the mainstream choice, offering low-interest rates to borrowers without putting a lot of emphasis on their smashed credit history. Investors are also reaping big from these platforms by taking advantage of different tax relief measures and can rake in between 6-20% returns annually.

The  growth of P2P crowdfunding in Europe moving forward to 2020 can be attributed to several reasons as discussed below.

The Increasing Growth of Internet Marketplaces

The internet is arguably the best thing that ever happened to modern mankind. It has helped in the creation of various marketplaces, which are essentially meeting places where buyers and sellers can freely connect and do business. The internet marketplace trend has led to the success of many platforms such as eBay and Airbnb. This is the phenomenon that P2P lending is following and it’s working out just perfectly.

Many P2P platforms have actually employed the internet marketplace model and are now offering platforms where lenders and borrowers can be easily connected. Moving forward to 2020, there’s no indication that the internet marketplace is on a backward trend. If anything, it’s becoming more and more popular with better ideas coming up every day. As a result, P2P lending in Europe will become better, more secure and platforms such as Mintos will become even more successful in connecting investors with borrowers.

While many P2P platforms use the internet as a distribution channel to connect investors and borrowers, the core part of P2P success is its technology-enabled features. The success and explosive growth of P2P platforms not only point to the use of the internet but also to the strength of these platforms in using technology to ensure that the platforms are safe and secure.

Needless to say, the continued use of technology-enabled distribution and the use of general technology to enhance the user experience on P2P platforms will still be the driving force of P2P lending in Europe. As a continent, Europe is more receptive to new technology and there’s no doubt that P2P platforms will follow suit and use various technologies to make their platforms even better and secure.

One of the key trends for the P2P lending industry is the projected continued growth of small business lending. There is an expectation that 2020 will see more crowdfunding and P2P lending with increased government support. Needless to say, this will be important for the industry in the sense that it will enhance trust in the industry in general and help investors make small investments in private companies.

The European Commission has taken the initiative of assessing and implementing soft-law measures that will help promote and improve P2P lending and crowdfunding across Europe. The commission is currently looking at avenues by which government funding could be aligned to support P2P lending platforms and crowdfunding investment opportunities.

Additionally, the so-called FinTech (an abbreviation of “Financial” and “Technology”), which P2P lending is an integral part of, has been endorsed by the Financial Stability Board (FSB). This is because P2P lending revolves around financial innovation, which the Financial Conduct Authority (FCA) refers to as “disruptive innovation”. In essence, various financial regulations across Europe are supporting the P2P lending initiative since the industry has been at the forefront in facilitating innovation and business growth in the continent as a whole.

To this end, putting in place soft-law measures that support the growth and sustainability of P2P lending platforms have been echoed at almost every EU level. This is because the P2P industry is seen as a viable alternative channel of finance, and could be great in avoiding the repetition of the 2008 economic recession. The relaxed approach to the regulation of FinTech in general and P2P in specific is a strong element to the P2P lending industry going into 2020.

Facilitation of Easier Access to Finance at Cheaper Rates

P2P lending platforms epitomise the notion of disconnected “middle-man-free” access to finance. This is based on the fact that these P2P platforms are technological vehicles that allow borrowers and businesses to directly access funding. Lenders are also given the chance to invest in specific loans.

This arrangement facilitates access to finance at cheaper rates, especially for small and medium-sized enterprises, thanks to the reduced intermediation and operational costs. On the other hand, lenders also benefit from higher rates or returns than they’d receive through traditional financing channels such as conventional banks.

For this reason, P2P lending platforms will continue to play an integral role in the European economy going into 2020. As more and more lenders and borrowers join the P2P bandwagon, 2020 could be the beginning of something much better and much bigger.

The security of your investments and your private information when using any form of P2P platform is paramount not just to users but also to the platforms. That’s essentially why P2P lending platforms have been striving to enhance their security levels going into 2020.

Honestly speaking, there’s every reason for the P2P lending and crowdfunding industry to look forward to 2020 with a lot of positivity. For the last decade, the industry has enjoyed enormous success and there’s no indication that it’s going to slow down anytime soon.

Going forward, the P2P lending industry is positively evolving and this could only lead to new opportunities. While this is not to say that there are no challenges here and there, all stakeholders to the P2P lending industry should brightly look forward to the future. Well, that’s because the industry has every ingredient to ensure that it grows to become one of the most important sectors in the ever-evolving European economy.

Lukas is a “simple dude” from Estonia with 5 years of experience in investments space. At the age of 20, he started his first company and became investor already at the age of 21, getting “instantly hooked to it”.