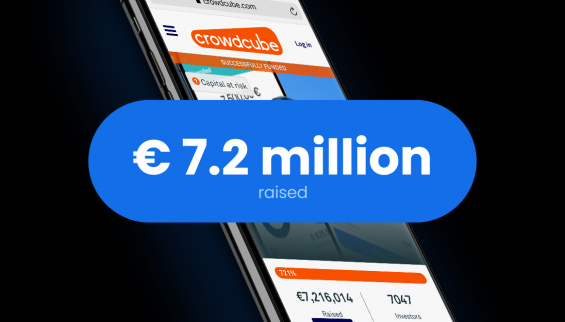 In a crowdfunding campaign that exceeded all expectations, we set a new record on Crowdcube. During the 10-day stretch, we attracted over 7000 equity investors and raised a total of €7.2 million, the largest amount ever raised in continental Europe.

“The results of the campaign are beyond all our expectations,” Martins Sulte, CEO and Co-Founder of Mintos commented. “While we did anticipate our community to engage actively in the campaign, little did we know that we would start breaking records right out of the gate. We would like to thank everyone who participated in the campaign. We are eager to continue working on our roadmap and start a new chapter with our new shareholders.”

We raised €1 million within 15 minutes of opening early access to our community. Just over two and a half hours later, we hit €3 million and eventually broke the record of the largest number of investors in a European (excl. the UK) campaign.

“Mintos has joined some of the world’s leading fintechs in using Crowdcube to cement and enhance their relationship with their customers,” Luke Lang, CMO and Co-Founder of Crowdcube added. “This record-breaking raise shows how harnessing the power of community can be turned into a strategic business milestone and making consumers owners can be integral to how these companies are run.”

Thank you again for your support!

It’s now one year since the Covid-19 pandemic began and,... END_OF_DOCUMENT_TOKEN_TO_BE_REPLACED

Key takeaways 2814 investors participated in the Survey With loans... END_OF_DOCUMENT_TOKEN_TO_BE_REPLACED

Updated: 31 March 2021 We’re kindly reminding that as of... END_OF_DOCUMENT_TOKEN_TO_BE_REPLACED

As we continue working towards becoming a regulated marketplace, we’re... END_OF_DOCUMENT_TOKEN_TO_BE_REPLACED